Would you like to switch to the accessible version of this site?

Don't need the accessible version of this site?

Part of our core belief and specialization is the concept of forgiveness. We believe many people can obtain emotional and mental freedom through forgiveness. Forgiving does not mean taking responsibility for the hurt, but it does mean to remove the baggage and move on with life. Forgiveness therapy uses a four phase model to obtain this mental relief. Although this type of therapy has a foundation rooted in Christianity research has proven this to be a viable form of treatment. 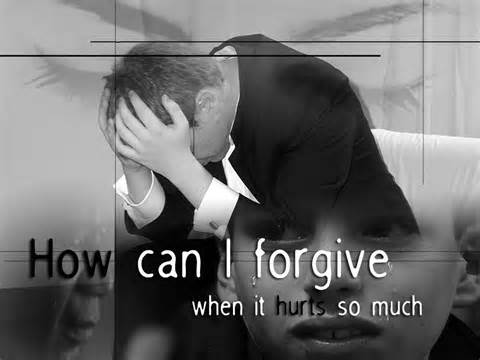 The following is an except from my dissertation that encompasses an understanding and research of forgiveness.

Forgiveness therapy encompasses the Christian forgiveness foundation. The concept of forgiveness is used in therapeutic settings to help clients resolve anger. Forgiveness used in therapy begun with Lewis Smedes in 1984. Witvliet (2001) acclaimed that Smedes made the concept of forgiveness concrete as he shed light on the importance of forgiveness and moving forward in life. Many other philosophers also understood the importance of forgiveness. For example Confucius had a central theme of shu, which can be translated into modern day forgiveness (Enright, 1992). Confucianism uses a solitary word as a way to conduct life. The belief is to “not impose on others what you yourself do not desire” (as cited in Enright, 1992, p.86). North (1987) provided a thorough list of five themes of forgiveness: (a) we are resentful before we forgive (b) we will defeat resentment when we are in the process of forgiving (c) we will no longer resent even though we have a right to hold onto resentment (d) we will move toward love in a new found relationship with the offender (e) we understand the offender has no right to the love, but love them anyways. Her themes are infused with Christian principles (i.e. agape). Other forgiveness philosophers focused on love, healing and ridding negative emotions (as cited in Enright, 1992; Richards, 1988; Lewis 1980; Twambly, 1976; Hughes, 1975; Horsbrugh 1974; Kolnai 1973-1974). Each philosopher believed forgiveness would help clients achieve freedom from mental oppression. Robert “Dr. Forgiveness” Enright has taken concepts from many philosophers and developed an extensive model of forgiveness therapy. The phase model of forgiveness therapy includes a preliminary stage and four phases with units of forgiveness and issues that should be resolved once the phase is completed. Are you ready to let go and move on with life? Come see us and let's talk about the power of forgiveness.

Start your new path in life and be the change today!